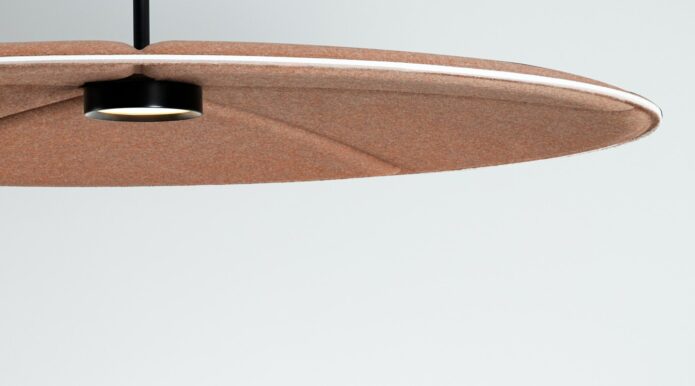 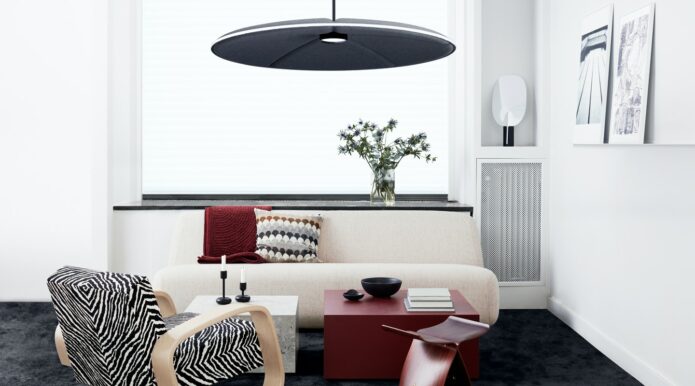 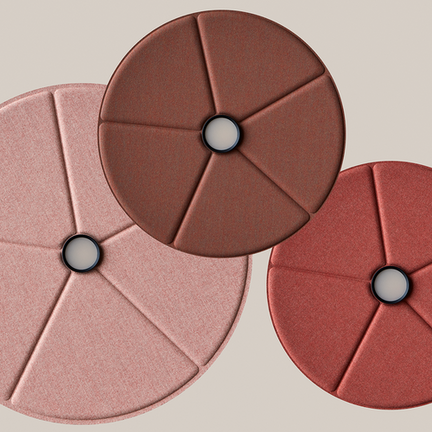 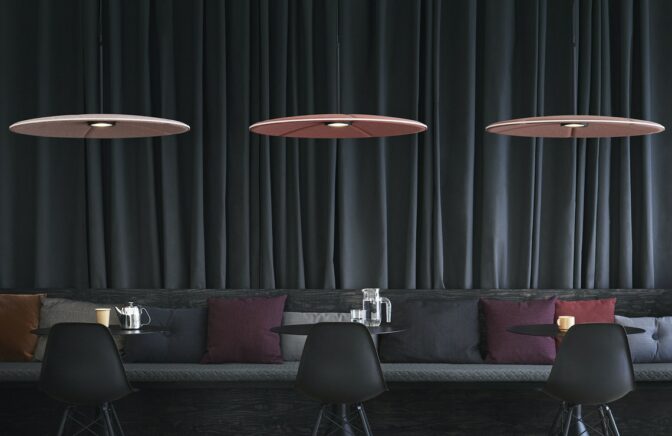 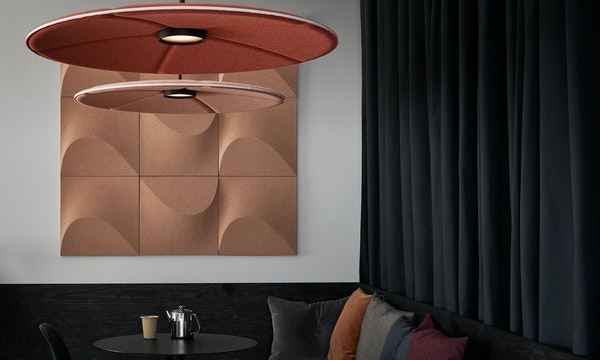 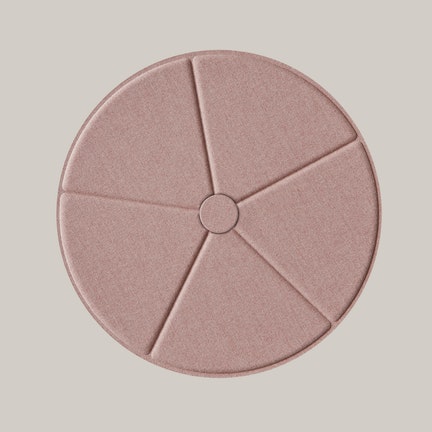 The Lily soundabsorbing lamp represents a whole new perspective on acoustic products. Its noise-dampening feature – the moulded felt from which it is made – has been so thoroughly integrated that you don’t even notice it.

Lily got its name from its early prototypes, which resembled water lily leaves. Since then, its shape has been simplified and made more open to interpretation. Still present, however, is the sense that the lamp is floating in the air, imbuing the room with a splendid stillness.

Lily’s subtle design allows it to retain a soft, organic character, despite its rather strict form. Lily comes with or without a light fixture.

Fully 90 or 120 cm in diameter, Lily is intended for lighting large rooms, such as restaurants and open office spaces – environments where both noise and visual information levels are high.

“It’s particularly beautiful when you hang a few of them together in a cluster,” says Hallgeir Homstvedt, who co-designed Lily with Runa Klock.

Lily comes with or without lighting.

The absorbent is available in several different textiles and with two different cores: One with polyester and a self-developed filling we call Hemp which is based on renewable raw material from hemp and starch.