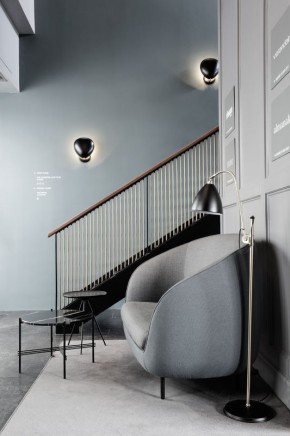 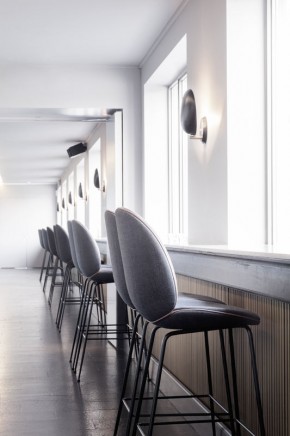 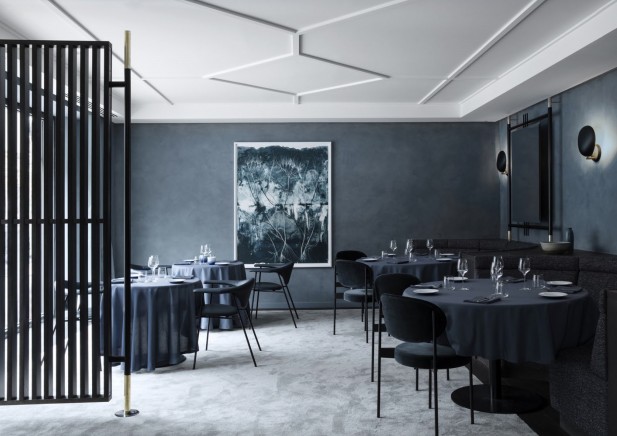 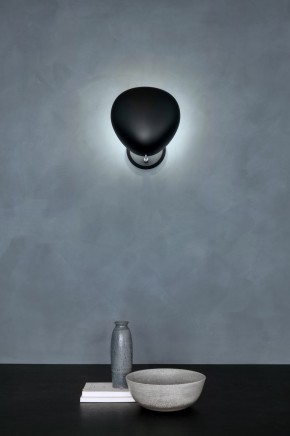 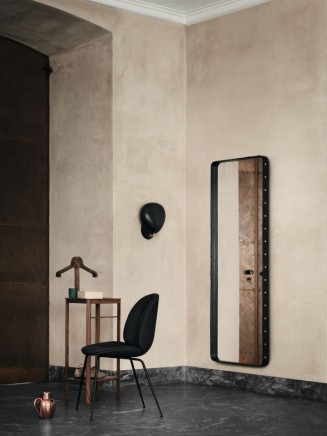 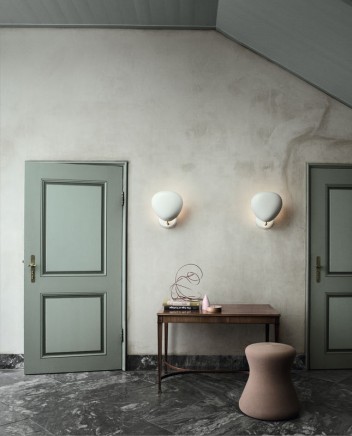 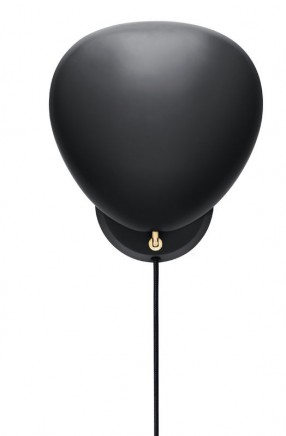 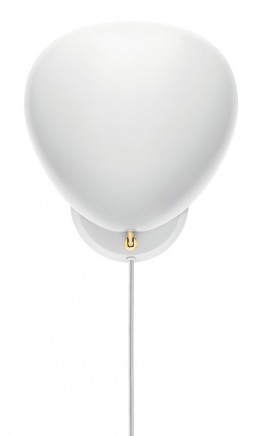 Greta M. Grossman (1906-1999) was a Swedish designer and architect. She immigrated to the US in the 1940’s where she played a significant role in defining the aesthetic of mid-century Californian modernism. The iconic Gräshoppa lamp was first produced in 1947 and the Cobra lamp in 1950, which later won the prestigious Good Design Award. Today, her designs are highly collectible and are sold at auctions all around the world. In Grossman’s products everything is unique in their lightness of form with elegant, asymmetric lines.

Cobra
The classic Cobra lamp takes its name from the shape of the oval shade, which is reminiscent of a cobra´s neck. The Cobra lamp comes as a Wall Lamp, Table Lamp and Floor Lamp. The Wall Lamp has a solid brass arm that joins the wall base and shade. The shade can be tilted 90 degrees from vertical to horizontal and it can be rotated 360 degrees. The base cover and the shade is in powder-coated steel. A bracket for the mounting on the wall is integrated in the base. Both the Table Lamp and the Floor Lamp have a tubular flexible arm that can be bent in all directions whilst the shade can be rotated through 360 degrees. The base is covered in powder-coated steel and weighted with cast iron stand.