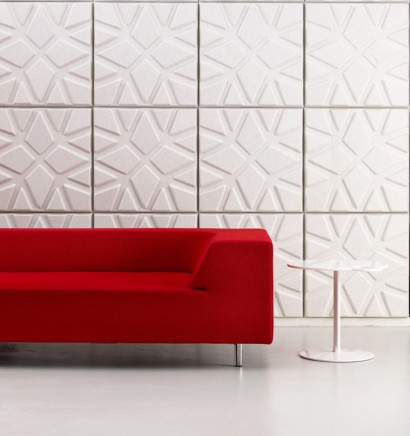 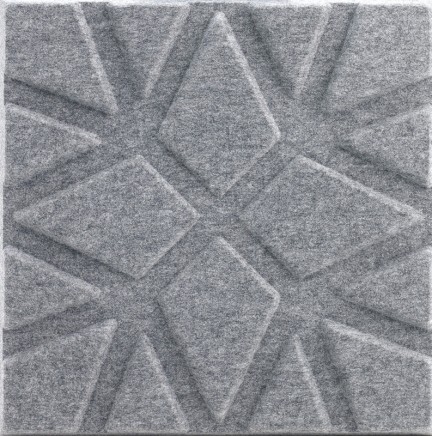 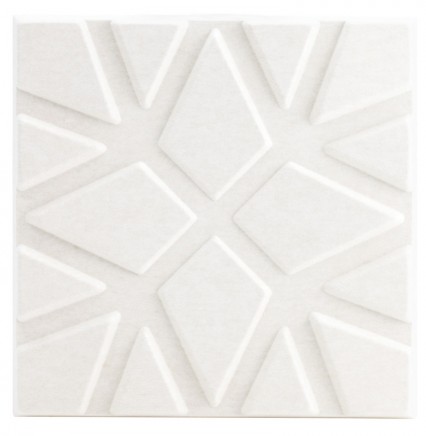 Soundwave® Geo is designed by the well-known furniture designer Ineke Hans. Ineke Hans views Soundwave® Geo as a three-dimensional wall decoration similar to the ones which people have always created around the world. The difference is that Geo has a clear function due to its sound-absorbing purpose.

“People have always wanted to decorate their walls – everywhere and in every era. But we designers have a tendency to pare away the decorative aspect. I wanted to combine Offecct’s sound panels made of felt with a geometric pattern that is decorative but can also function on the large scale with many panels in rows without looking too cluttered. Quite simply, a combination of tradition and modern design,” says Ineke Hans.