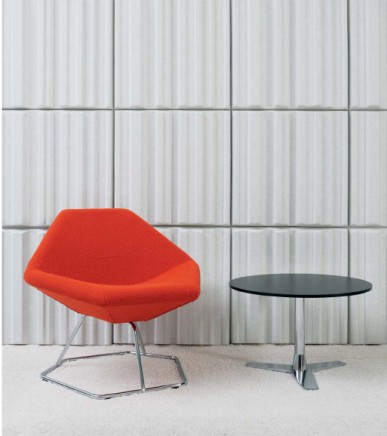 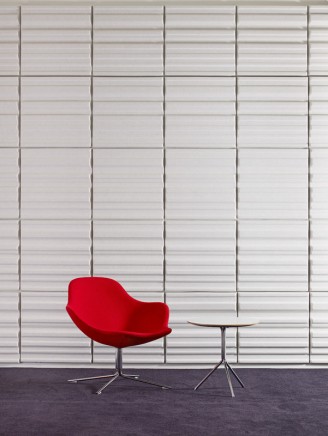 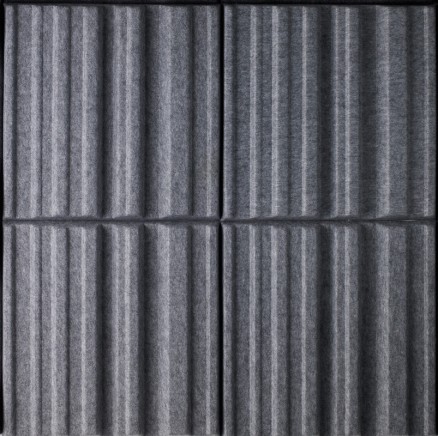 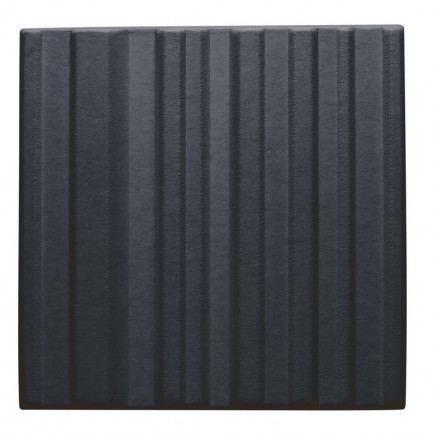 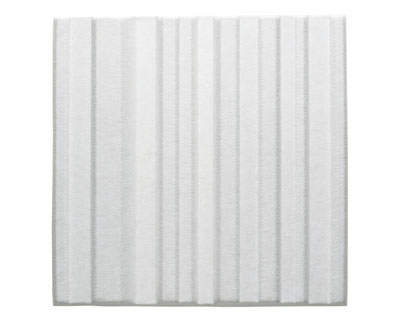 Soundwave® Skyline is designed by Marre Moerel who got the inspiration for the sound absorbing panel from the silhouette of cities, in particular that of New York, but the pattern can also be seen as an abstraction of nature. The panels have a regular, rectangular form. When placed horizontally a straight line is formed at the top which is then broken into slightly angled horizontal lines. The pattern reflects New York’s grid of streets and can also be seen as an enormous mountain range from a bird’s eye view. Vertically the pattern is transformed into skyscrapers or primeval rock formations. The sound absorbing effect can be varied depending on how the panel is mounted. Vertically placed Skyline reflects the sound back and forth. Horizontally place it instead absorbed the sound.

“I have spent a lot of time in New York, and in cities like that everything is about sound and noise and about how the inhabitants can reach through that barrier of sound. That is why I felt so motivated to start developing a personally designed panel when Offecct gave me the possibility”, says Marre Morel.