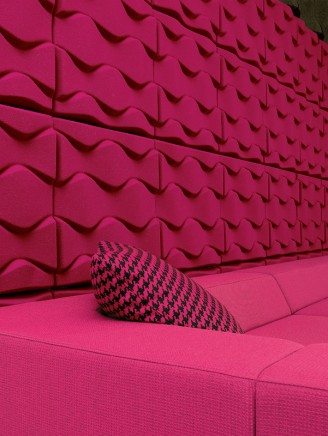 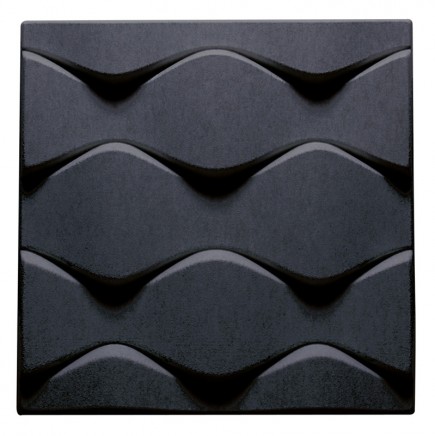 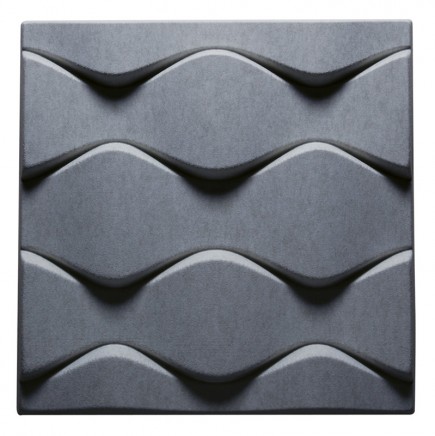 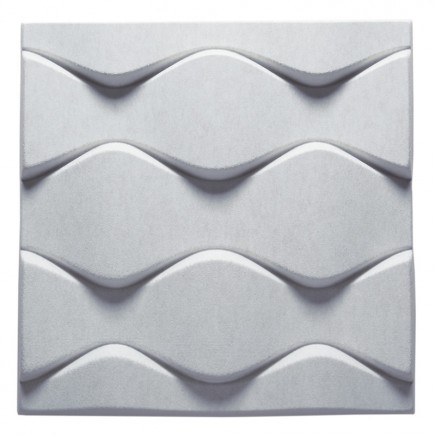 Creating Flo, Karim Rashid was inspired by sound waves and digital data. Rashid believs that people today live in a very digital world mentally. We need to catch up with experiental design in the physical world to create a balance.

“Through dimension, material, color, code, pattern, texture, line, solid, plane composition I can manifest the digits of binary notation and sound waves to communicate a new itinerant form of super-functional decoration that is current and aesthetic with our new sensual world – let your world flo.” /Karim Rashid

The Flo panels can be set continuously or broken in different ways. Placed horizontally the pattern conveys a sense of water and vertically it could be described as light waves.