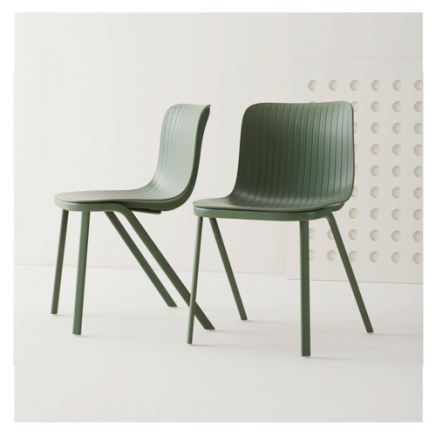 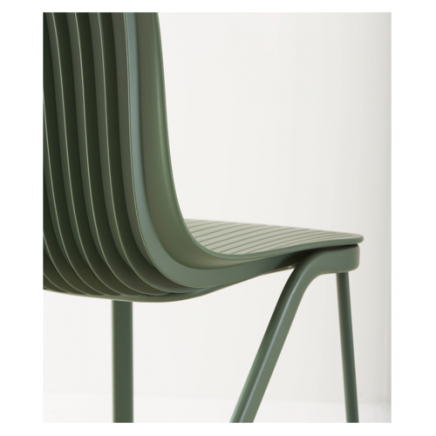 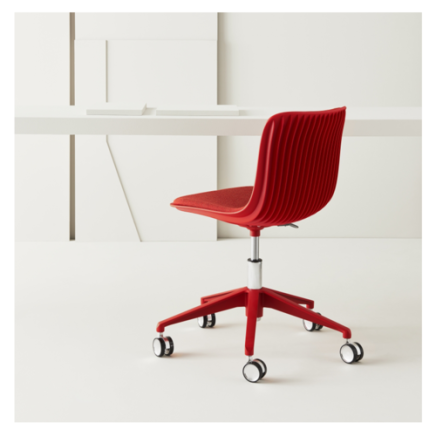 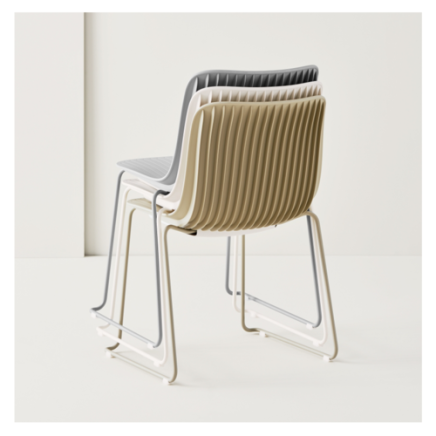 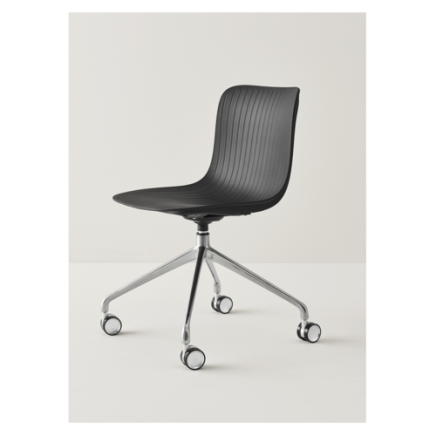 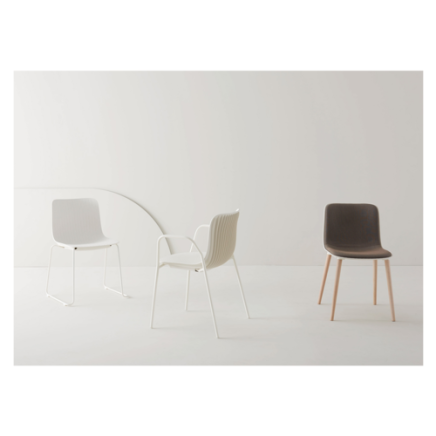 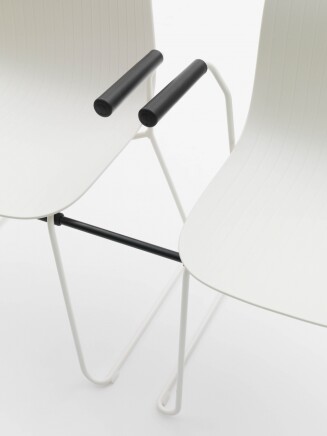 Dragonfly was born from the likes of the body of a dragonfly which is characterized by an imbalance of weight between the legs at the front and cantilevered tail. This observation inspired seating which thus appears to challenge gravity; the shell’s vertical ribbing mimics wings. Multi-functional bases may be paired with a variety of polypropylene shell colours for chairs and stools.

Appropriately named ‘dragonfly’, the design of the chair was derived from observations made on dragonflies, whose bodies are characterized by an imbalance in weight distribution between the front legs and their extended tail. From this formal suggestion, biomimicry influences an idea of a cantilevered seat – a chair with four legs joined on the front, and a seating surface that seems to cheat the force of gravity like an overhang. The engineering process has led to a U-shaped hidden element under the seat that increases the structural integrity. the dynamism of ‘dragonfly chair’ is exalted by characterizing the back of the injection-molded polypropylene shell with ribs that explicitly references the automotive industry.

Frame : High strength steel
Shell : Polypropylene shell available in a variety of colours with or without upholstered seat cushion